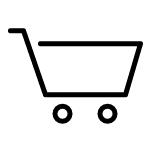 Shop now
Product is not available in this quantity. 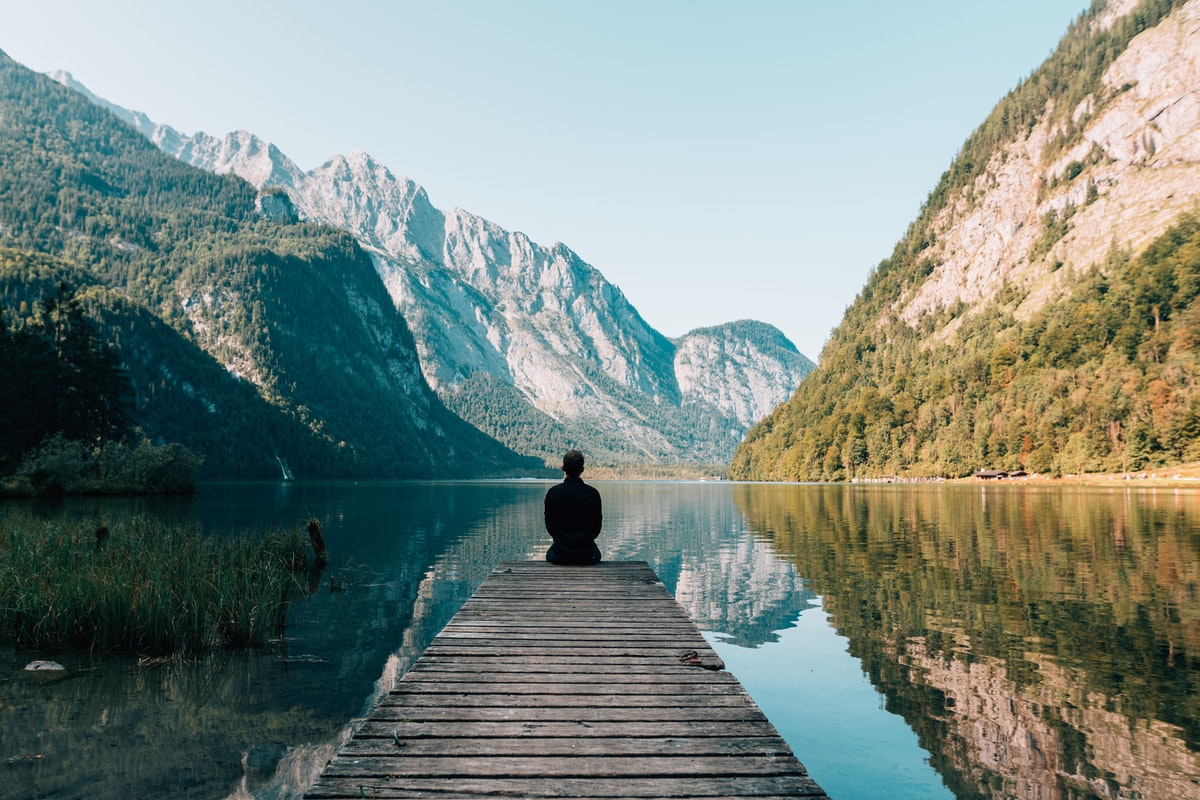 Living abroad is more fun and thrilling than you think. This article details 10 powerful reasons why living abroad is good for growing your career and as a person to living a more fulfilled life.

The Journal
10 Powerful Reasons Why Living Abroad Is Good

Living abroad changes you. Not just your communication skills, but more profound starts to stir when you live abroad. These changes can seem daunting when you’re over the fence, considering whether to live in a foreign country or not.

You might have worries about living abroad. It could be the cultural differences, language barriers, logistical challenges, or fear of leaving your comfort zone.

We get it. It’s 100% normal to have fears and worries before making the jump, because living abroad is a massive leap to an unknown territory.

But, 66.2 million expats in the world have made it, and chances are, they would encourage you to make the call. Because living abroad changes you mentally and emotionally, maybe physically, too.

There are many reasons why living abroad is good, but our team has narrowed down 10 significant reasons that can make a beautiful dent in your life forever.

#1. Develop a clear sense of self

A sense of self is the extent to which a person understands themselves, such as knowing their beliefs, self-identity, personalities, or knowing what they really want in life. If you’ve ever asked yourself, “who am I? Why am I here?” you’re figuring out your sense of self.

A study published in Harvard Business Review found that people who have lived abroad develop a clearer sense of self than those who had not. It is because of one reason: self-discerning reflections—the act of questioning their own behaviors, core values, and culture which are then either discarded or strengthened.

When people live abroad, they’re often surrounded by novel cultural values and norms, which usually triggers them to reflect on themselves. The more they do self-discerning reflections, the deeper they will understand themselves, which ultimately leads to a clearer sense of self.

When people have a clearer sense of self, they know what they want in life, leading them to make career decisions aligned to their values and beliefs.

The study also found that the depth (the duration), not the breadth (number of countries) of living abroad experiences, predicted a clearer sense of self. This means the longer you live in a foreign country, the more likely you’re clear about what you want to do in life and in your career.

Why is living abroad good? Because it exposes you to never-seen-before culture, behaviors, mindset, and values. All of these could change the way you view the world.

One echoing message from students who studied abroad for a few years is, “it taught me that the world is SO much bigger.”

What you considered as “matters of fact” can be non-existent in other countries. You may not be even aware of these facts until you’re confronted with a whole new world. And when you return home, you will start seeing the world from a broader, clearer lens.

By expanding your worldview and accepting the differences, you can also simultaneously upgrade your consciousness level to the next level.

According to Ken Wilber, a famous philosopher and a writer, we have 4 stages of consciousness: egocentric (self-centered), ethnocentric (tribe-centered), worldcentric (human-centered) and cosmocentric (all life form-centered). Most people, currently, are on the ego and ethnocentric level.

When you are on the worldcentric and cosmocentric level, the invisible walls between people of different colors, religions, genders, and creeds start to melt. You begin to accept what’s different from your cultural norms and develop a sense of compassion for humanity and all beings—which is the key to unity and world peace.

The primary reason people move out and live abroad is to search for better career opportunities and work-life balance, which ultimately increases their level of happiness. Over 67% of expats agreed that living abroad has affected them positively.

Their top responses were:

Another reason why living abroad makes you happier is because you’re continually learning new things. Whether it’s acquiring new skills or language or meeting new people, happiness is built upon lifelong learning.

#6. Form networks around the world

“Your network is your net worth.” This saying cannot be more accurate.

Once you put yourself on the international stage, you get to build connections with more people in or out of your industry. Each person could potentially refer you to a better career, deals, or simply grow you as a better person.

In short, the more networks you form, the more your salary and career satisfaction grows.

Have you ever had misunderstandings with other people even though both of you are speaking the same language?

Imagine communicating your message across to people who speak a different language. This is when you have no choice but to learn how to communicate using body language and other non-verbal communication methods.

Eventually, you develop alternative and effective modes of communication that can be used in many life areas.

The recruiters will pay more attention to your CV if you have experienced living abroad. Yes, employers are more likely to hire candidates with international experiences. In fact, study abroad students are twice as likely to find a job within 12 months of graduation than those who did not study abroad.

But why do employers favor international experiences more?

Because of the skill sets the candidate can bring to the table. Having studied or lived abroad indirectly means they have good communication skills, adaptability, tolerance, and the ability to work with different people.

#9. Awaken and refine your creativity

The world’s famous writers and thinkers of all time had their creativity burst during their international travels. For instance, Ernest Hemingway drew inspiration from much of his work from his time in Spain and France. Mark Twain wrote his travelogue Innocents Abroad when sailing around the coast of the Mediterranean.

Most of the time, living abroad means you need to learn a second language from scratch.

Although learning a new language is difficult, did you know that learning a second language may delay dementia?

Thomas Bak, a cognitive neuroscientist, found strong evidence that learning a second language later in life has positive effects on our brains, which can delay dementia at old-age. Bilingual people have better concentration than those who spoke only one language.

So, learning a new language is not only fun, but it also boosts your concentration and cognitive abilities.

Living abroad is more fun and thrilling than you think. Not only will you gain better career opportunities, but you also grow as a better person and become happier.

If any of the reasons above stirred your desire to live abroad, you might want to learn more about what to consider when becoming an expat. 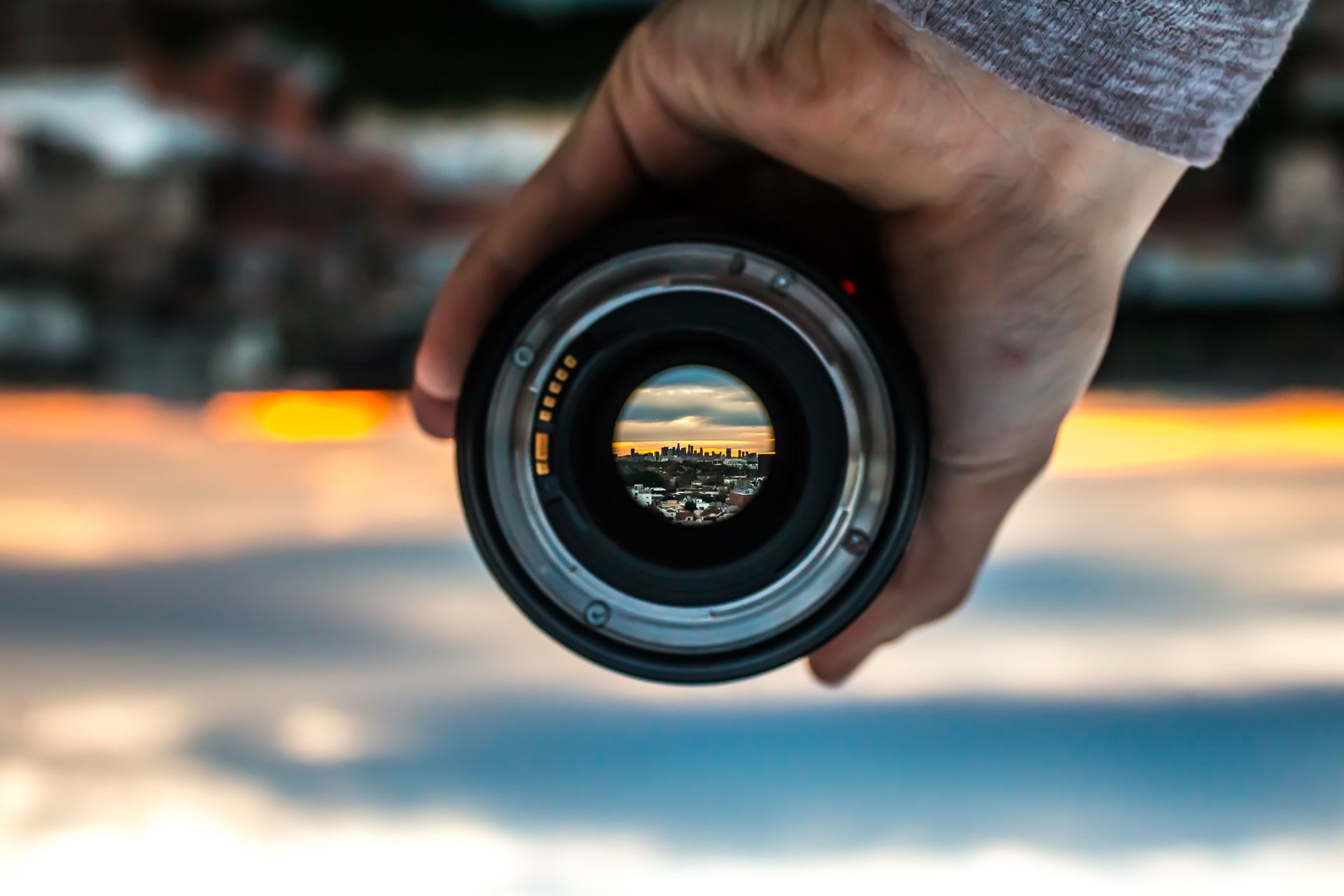 How To Improve Focus And Concentration - 6 Unconventional Tips That Work

Techniques on how to improve focus and concentration are different for everyone. What works for others may not work for you. In this article we present six techniques you can try straight away! 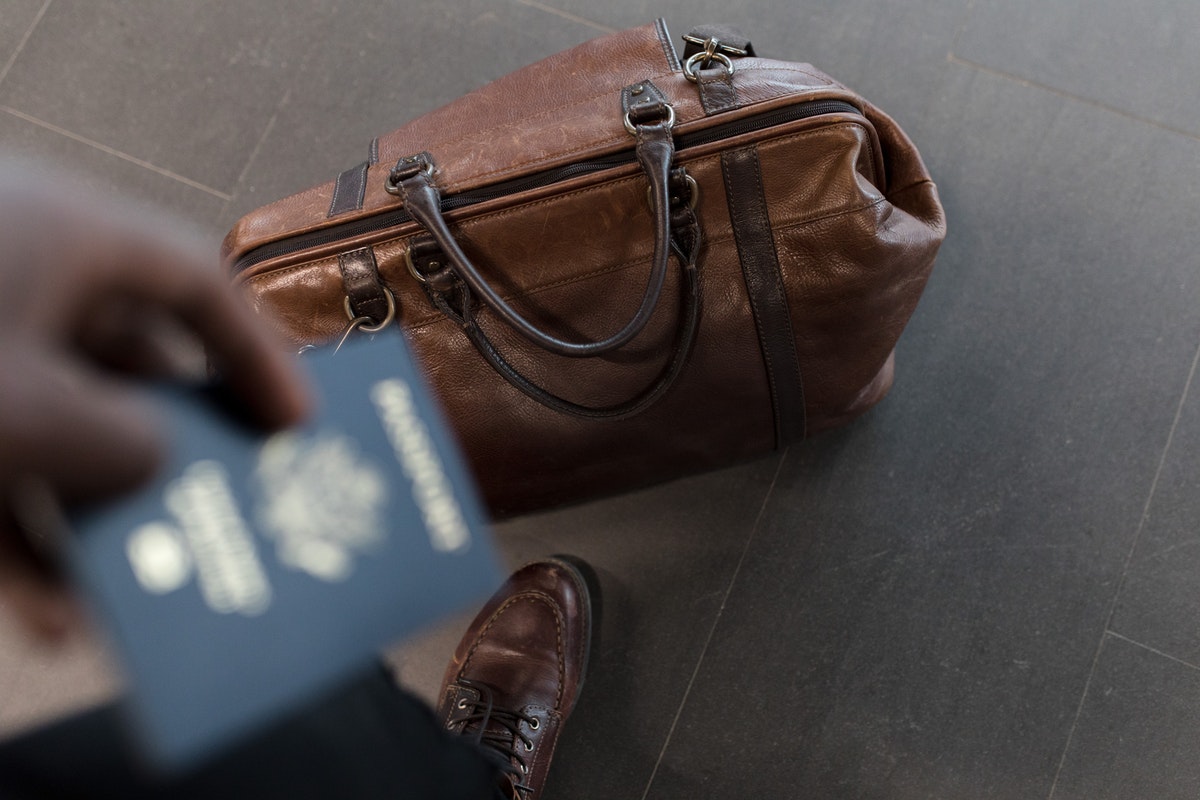 Thinking Of Becoming An Expat? Here Are 7 Things To Consider

This article outlines 7 things to consider when moving to work abroad, focusing on the challenges faced by ex-pats. Overcoming these challenges could turn into a life-changing experience. 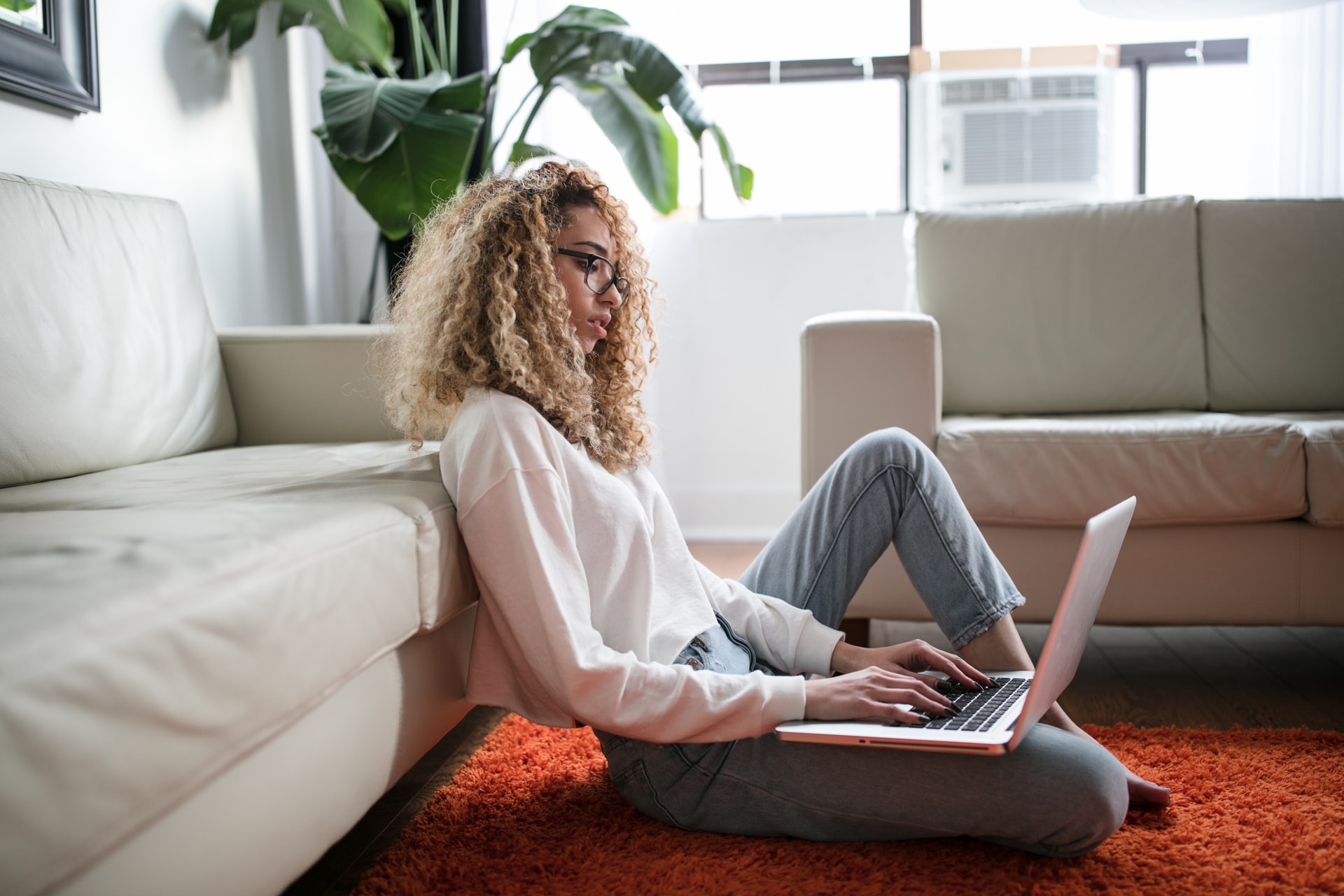 What are the digital nomad challenges and how to overcome them

Living the digital nomad lifestyle has great benefits - free to go anywhere you want and not bound by work. Along with these benefits, come a set of challenges. In this article, we highlight the top 7 digital nomad challenges and tips to overcome them.

your resource on modern working

We go in-depth on the techniques, topics and tools needed for a new era of flexible working.

Join a readership of active nomads, freelancers and independent professionals living the new ways of work.

Thank you! Your submission has been received!
Oops! Something went wrong while submitting the form.
Home
About Us
Product
The Journal
Rewards
Contact
Shop
Jaque
Product
Satchel
Rewards
Contact

Looking to get in touch?

Thank you! Your submission has been received!
Oops! Something went wrong while submitting the form. 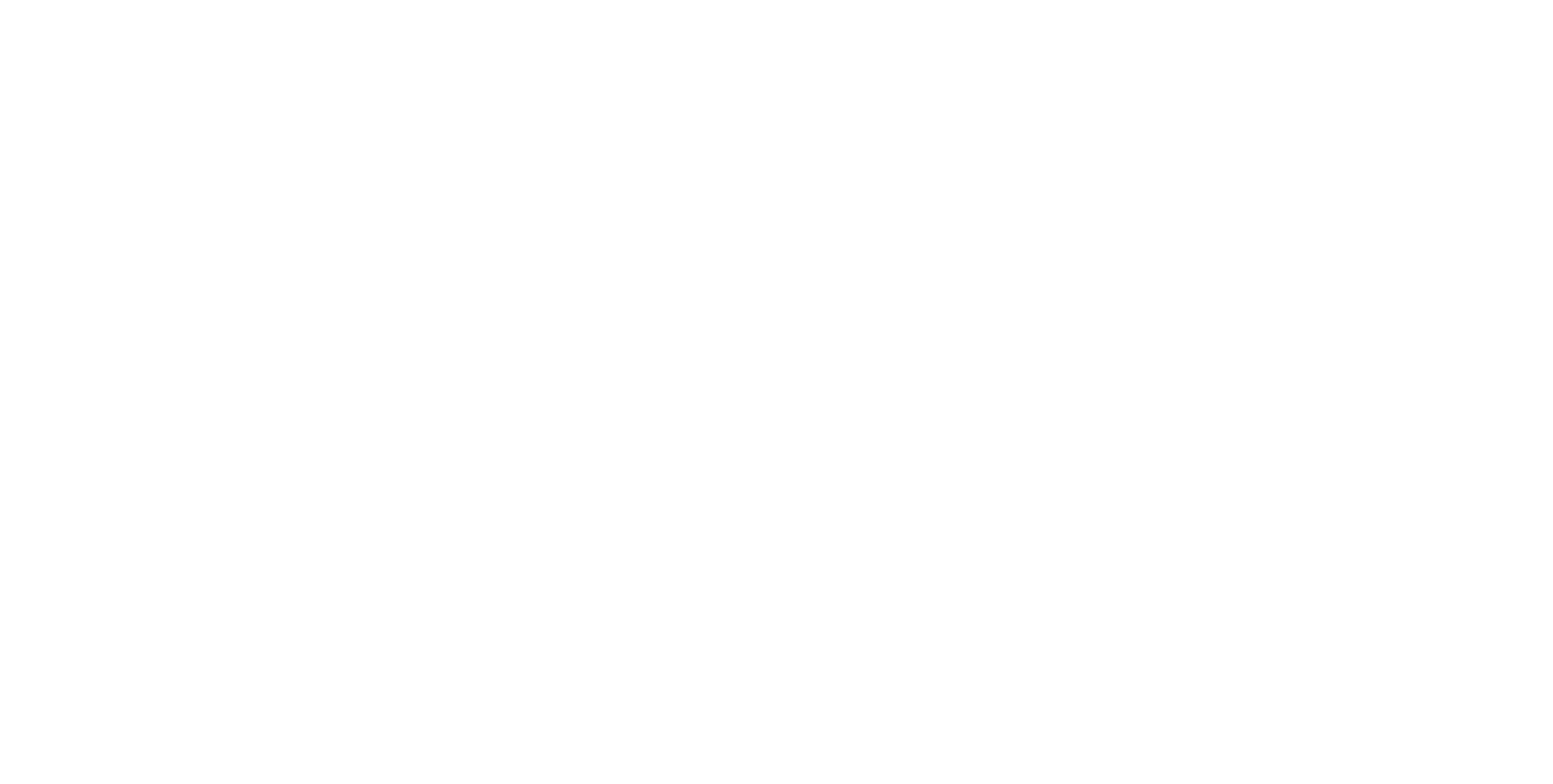 Enjio is a workspace solutions designer helping worklife-conscious individuals make the most of each working hour.

Get in touch if you'd like to learn more.